Taking back my power
The Art of overcoming narcisism

by Ingrid Schippers on October 16, 2017 with 0 comments News 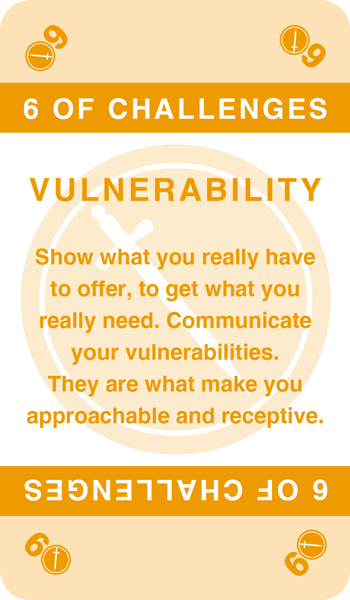 There’s a lot of talk about narcissism these days. It seems the world is filled with narcissistic behavior, both between people individually as partners, working relationships or parent-child constellations; and on a global level between leaders and ‘the people’.

The other day on Facebook I saw a post of someone who stated he loved himself and therefore must be a narcissist.

Now let me get this out of the way first of all. Narcissists, even though the word might imply differently, are incapable of loving, full stop, and that includes themselves. Narcissists are human beings whose only interest is what other people think of them. Their perception of the world sometimes borders paranoia. They think Others are out to get them. They want to be ahead of that. Their sole security is matter, money, of which they always want/need more to feel secure; and of which they always fear it will be taken away.

In general they are unable to trust other people or to receive love. The only thing of interest to a narcissist is how those around them, partners, employees, children,parents, family members, can be made dependent on their opinion, on their veto. The way they do this is tricky. They use the love, empathy and admiration of others as bait.

Narcissists are often very charismatic people, followed and looked up to by others as they seem very self assured. They seem to know where they are going.  One tends to feel safe at first, attracted even to this predator, like flies to a meat-eating plant. In some relationships this predator- victim stage lasts a long time because the non-narcissist, tends to want to please the narcissist or is blinded by the riches. Narcissist have a special way of achieving that. They make you feel you are of service in their life, without you noticing that you are basically running their errands and supplying the admiration they crave.

Meanwhile in the real world, what is happening is that someone is taking away your power and adapting it to for personal use. It creeps in, without being noticed. Sometimes it makes you wonder but then there is always a plausible explanation; so you move on to the next incident and find an excuse for that.

How do I know all this? Because I’m a narcissist? Well…. truth be told we all have narcissistic traits, together with a whole lot of other archetypal symptoms. But a true narcissist is absolutely oblivious to what he/ she/it is, It is part of their profile, which in a morbid way makes sense. If they knew what they were doing they would not be doing it… you’d think.

The big challenge in a relationship with narcissists is to stop apologizing for them, especially when it’s your parent or boss in the career you want so badly or the love relationship you thought was okay enough – all marriages have something right?- , especially when the relationship is trailing children and financial security.  Also especially when the world around you is filled with narcissistic trade marks as well. For then you’ll find that people in your community, church, court or wherever else you seek justice, find yours an unnerving story! ‘Can’t imagine it could be that bad!” ‘There must be something wrong with you as well.’

And then when you do divorce, step out of the job or defy the predator, not only does the narcissist use other people you both know to create division; even your own government; your judge in court looks at you strangely ; for narcism is not an official offense; creating division is not against the law; and, most sadly of all… there is so much narcissism in the world especially among those in power, that it is considered accepted behavior.

So here’s the catch. By now you’re probably thinking all narcissists are bad people , responsible for victimizing other people. You’re thinking they should be rounded up collectively and spanked, punished for hurting other people willingly in their ignorance. Well let me tell you a lot of seats in high places would become surprisingly empty if we did that and also some unexpected ones in ordinary houses.

I personally think, narcissist are much better punished by their victims taking back their power. For without the victim’s power, the narcissist is absolutely nothing. They have no I-consciousness, no morale, no conscience. They are totally lost without others filling in life for them.

I sooner believe they are here for Victims to learn from. So the victims can overcome the abuse, regain their strength and find their voice.  To learn what is just, what is fair and most importantly how to love yourself and care for yourself.

I also believe that once we step over the threshold of the afterparty, that we are met with an overview of what our life was like on earth; and that we are shown and made to feel what we inflicted on other people.  Just imagine what that must be like for someone who was unable to love, to feel love; to receive, to embrace, to be empathic.

So I thank my predators for stepping into my life and making me aware of what is important. I’m taking back my power and continue with my life, loads of experience and understanding richer, which is something – unlike matter- they can never ever take away from me.

Tags: Emphathic, Narcissism
← Energy travels to where it is needed…
Let’s All Embrace Each Other NOW! →