Moon Wisdom in Times of Change

by Ingrid Schippers on June 24, 2018 with 0 comments Dutchbuzz blogs, News 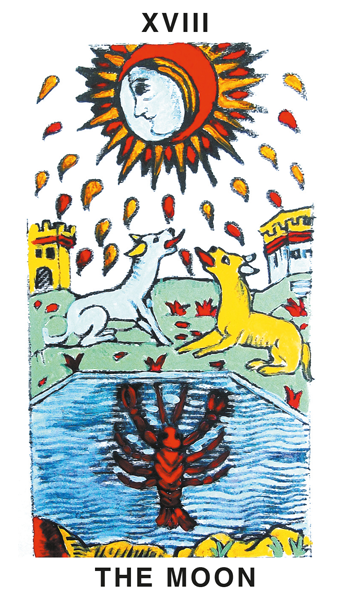 Those among you who are sensitive to energy fluctuations might already have felt it; it sure is busy in the etheric energies of life. Big changes are taking place. The thing is we don’t get a briefing on what is going on; humanity never does. Evolution doesn’t send out a memo to inform the people what is about to change. Instead it makes things happen that cause turmoil; that tip people off balance, create division, polarizes opinions between groups; exactly all those things we see happening in the world right now. 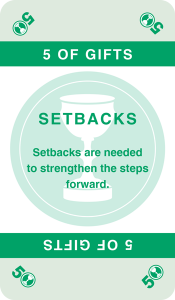 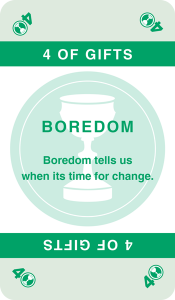 Looked upon from a numerology point of view, humanity moves from 4 to 5 , from balance (but basically boredom) to setbacks, ultimately leading to change; for better or for worse, it always has two sides to go to.

What happens in the end, depends on the choices people make, as a result of the changes.
Woken up from our lay chairs, from which position we prefer to enjoy the better sides of life without realizing life has actually stopped developing, the balance of the number 4; we are being startled by the number 5, the quintessence of what life is really about.
‘5 experiences’  are not always the easiest; but at the same time very necessary to move on with evolution and guarantee its further development.

Meanwhile conservative leaders who want to keep things as they are, tighten their grip to preserve control, tossing fake news into the world like breadcrumbs for the pigeons, to distract ‘the people’ from what their leaders want to keep control over.

On the other side of the spectrum people are waking up; starting to revolt; beginning to recognize how they are being manipulated and controlled,  how unevenly thing are divided in the world; how many people are wronged.

Where does it all come from one may wonder. How is it possible? How did we get to be part of this mess? Who kicked the ball that started this wicked game? Nobody really has an answer to that.  Forces entirely beyond our control are at work here.  It’s been like that throughout all of evolution.

Nobody ever consciously said; Okay; it’s about time discover how to make fire now; so we can take a next step in our evolution; and yet it is what happened. Same goes for the invention of the plough which brought about huge change in agriculture in medieval times, influencing all the rest of life along the way. And then a Scotsman invented a steam engine; followed by fossil fuel, electricity, computers and before we knew it, in a time span of less than 200 years, billions of people are staring at each other through a computer screen on social media.  Who would have thought, even 50 years ago, this would happen?

For that is the other thing with evolution; we have no idea where current change will take us.  And with the people in power flexing their muscles; it certainly is sort of a daunting situation; where the fear of lacking material protection is at the same time causing the lack of empathy that is spreading over the earth like an oil spill. 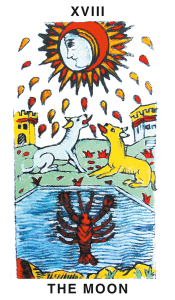 According to native American myth it is the moon that harbors the changes the universe has in store. Every now and again the yang energies from the heavens descend onto the yin of the earth, fueling the global consciousness with emotional storms and mood fluctuations; to prepare the people of earth for the changes to come.

If you are one of the many who feel the effects of this at the moment; my advise is to stay grounded. Take off your shoes and take a stroll along the seaside; feel the earth beneath your feet and observe what is happening around you without judgement. Look at what you observe without thinking anything of it. Calm your mind; be mindful of your actions and what you say and think. Reality-check your feelings about what you observe and trust your gut feeling rather than the breaking news or commercials.

On that note, I wish you a relatively peaceful time to come and as far as the Dutchbuzz blogs are concerned, hope to see you back in a mindful condition after summer recess.

click on ‘The Moon’ card to read more on its meaning

The spoken version of this blog, features as end note on  ‘Dutchbuzz’, the radio hour for Internationals every Tuesday  from 10 to 11 pm on ‘Den Haag FM and can be found in the Programme Archive of  the Dutchbuzz podcasts, dated June 26 , 2018.

← The Cost of Convenience and Happiness
The Donna Eden Energy Routine. →