by Ingrid Schippers on September 26, 2017 with 0 comments Dutchbuzz blogs, Nan Yar Who Am I personal development cards, Personal thoughts 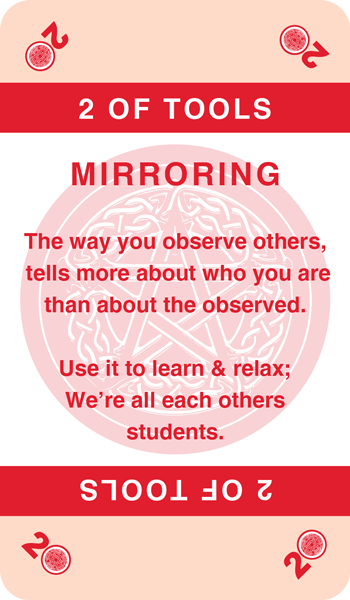 Currently, I am working as a caregiver for a 90-year-old-lady. She is a wonderful character, very advanced within her era of cultural conditioning, bright and clear in her reasoning.  Together, we function very well in our shifts of daily routine.

One of my co-workers seems troubled by the bond my employer and I have developed. From what I gather she fears loosing control.  She likes things to be done her way; while I am an advocate of taking life as it comes, grabbing the moments that matter, evading the drone of logistics; taking responsibility for what can be made to happen.

It is highly important to avoid having differences of approach rub off on the chemistry within the caregiver-receiver constellation. Just like with divorces, where the parents priority should be to leave the children out of whatever it is that troubles the parents; care givers should not ‘play out’ their differences out through the person who is dependent on their care.

Funnily enough it was my watching a much praised television series of the moment, that underlined this insight. In 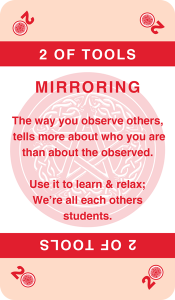 general I find it particularly interesting to see how modern day mythology reflects the happenings of daily life in today’s world.  This is also the case of the HBO series I refer to here, Game of Thrones. Initially I refused to watch it, feeling it was far too violent. When my eldest son convinced me however, to watch a couple of episodes with him -( warning me when the gruesome scenes were due) – I got hooked.

In Game of Thrones, several leaders are contesting their power and control over the lives of all others. On the one side there’s the instigators; the people who cause the trouble; but on the other, just as discouraging are the ones who take the bait and start a war because they feel threatened.

In one of the episodes, one of the actors even says: ‘ Let her – referring to the evil Queen,- have her way and simply maintain peace, rather than going off to war and fight her’

And here I feel lies an important piece of information. Taking the situation between me and my co-worker as an example again; I can do two things; I can take the bait and start a power struggle; or….I can decide not to pick up my weapons and just let it be, meanwhile doing what I can do my way with the best possible intention. I can choose to avoid to argue with someone who disagrees with how I function best; let it slide of my skin and my ego like water off a duck.

In an epic tale like Game of Thrones, to which btw I have become totally addicted, it might be a nice narrative to have power struggles and fights for justice. In real life, with people involved who depend on you, I think it’s a lesser idea.

The spoken version of this blog, features as end note on  ‘Dutchbuzz’, the radio hour for Internationals every Tuesday ( with the exception of summer and Christmas recess) from 10 to 11 pm on ‘Den Haag FM and can be found in the Programme Archive of  the Dutchbuzz podcasts, dated September 26 2017

← Politics and ‘Prinsjesdag’
Traditions versus Times of Change →