The Unexpected Explained
mind-jabs for the soul

by Ingrid Schippers on February 2, 2022 with 0 comments A Matter of Life and Death, Dutchbuzz blogs, Nan Yar Who Am I personal development cards, News 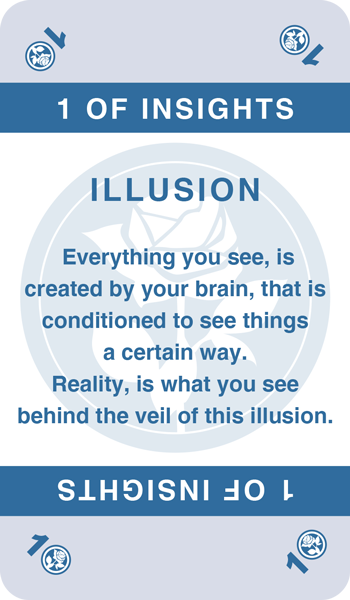 A locksmith came to my house recently. Using his strong grip, my oldest son  had opened the front door from the outside while it was on its safety lock on the inside. Apparently, when you manage to do that, something shifts within the lock, causing the key to stay stuck in the lock unless the lock is turned back to its safety position; all very complicated.

Fortunately the locksmith quickly came to my aid and turned out to be a jovial man with 20 years of experience in his trade.

‘I still love it’ he said answering my question on how he liked his job. ‘Every day is different and I come across the weirdest situations’.

The answer came swiftly. ‘Once a family called me up in total panic.  The door of the room in which a deceased family member had been laid for the wake, kept opening without apparent reason.  That was scary, especially at night, when the door would unexpectedly open, much like in a horror movie.  The solution, the family felt,  was to place a lock on the door, so they could sleep peacefully. So I placed a lock and yes the door stayed put, unless of course they forgot to lock it.’

‘Did you believe it to be a  supernatural occurrence?’

‘Ofcourse not!’ the lockmaker firmly answered. ‘The coffin is placed on a cooling element and it was a small room. It turns cold quickly.. That triggers a difference in air pressure between the hallway and the small room. At a certain point the door will spontaneously succumb to that, especially at night for then the door stays shut the longest and the little room gets cold easiest.

Now some people might find a story like this disrespectful; but when you think about it, it are exactly these mundaine occurences, the weird happenings, that at times make it easier to talk about death or a wake. In western culture people often still keep their distance from death. We don’t really know what to say about it.  In spite of the big steps being made in making dying and mourning more understandable; it is still often viewed with fear and seen as a difficult subject. It was only a short while ago when people in the end of life phase were separated from the living and when relatives processed their grief alone. Religious people were given a sermon, but everyday life gave little opportunity to show feelings or exchange experiences. ‘What was it like for you to witness the end of a life? What experience did it give you?

Stories like the mysterious opening of the door are in fact portals to expressing emotion. The fear, the confusion en in the end the humor, when it turned out to be a natural phenomenon. Then it becomes a family anecdote; ‘Remember when he had just passed away …’? It enables reminiscing; the good memories, the sad but also the funny ones. Death doesn’t always need to be lofty and solemn. It is ….in the end …pardon the pun ….also part of a lifetime in which funny things happen.

The One of Insights 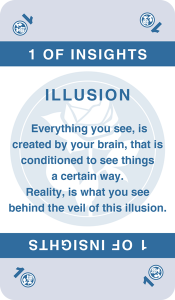 A fitting card with this experience would be the 1 of insights, as an example of becoming aware that what we think we witness, can differ from what is actually happening. We sometimes lead ourselves to believe in ghost stories that turn out to be way different than expected.

Mind you! This goes the other way around as well, when we discard unexplained experiences and give them a ‘perfectly reasonable explanation’ because to witness them is so outside of our comfort zone that we prefer to look the other way.

Whatever way you look at it; nothing has only one explanation. Everyone experiences life differently and is entitled to that.

Click the card for further explanation or draw your own card at the right of this page; and see which mind jab your inner wisdom has in store for you.

Tags: dutchbuzz, dying is not a disease, life lessons, mind jabs, Nan Yar Who Am I
← The Origin of JoY