by Ingrid Schippers on June 10, 2019 with 0 comments Dutchbuzz blogs, News 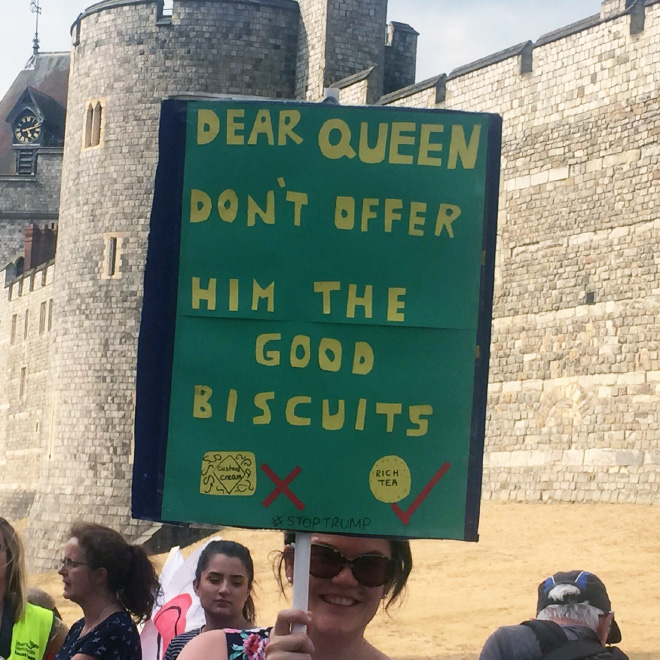 Don’t Offer the Good Biscuits; Abridged version of the spoken end-of-the-program-blog of June 11 2019 for Dutchbuzz; the radio broadcast for Internationals on The Hague FM, every Tuesday from 9-10 when in season.

a 3 minute listen to. 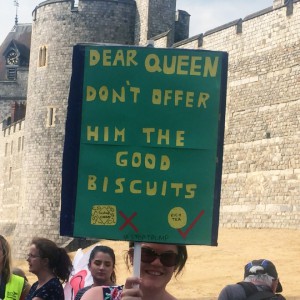 In the world around me I see a lot of angry people. Angry at their governments for taking down perfectly healthy trees to feed the bio mass ovens. Angry about animals in the bio-industry being maltreated. Angry at the present president of the United States, – the one whose name we do not mention.  Angry at multinationals being exempt from paying taxes; while other workers- who earn far less than multinational CEO’s –  are being mauled between the millstones of the Dutch tax system.

And all of this is true! All angry people have every right to be! There is loads of injustice in the world! There are a great many inconsistencies in how things are divided. It is true people who pay mandatory health care premiums die or remain ill because the Dutch healthcare system denies them the care they are entitled to. And again the CEO’s of these insurance companies have million plus yearly salaries. Why? Because they are good at squeezing money out of the system they are part of; rather than good for the people they should be serving. It is all true! And yes the present president of the United States is a blatant liar and totally unfit to rule that office. Future historians and investigators will find he committed more than the just now visible crimes against humanity to serve his own interest and that of the billionaire people in his vicinity; the rich who apparently never have enough.

There’s also local injustice. Politicians lying through their teeth during election-time. Deals behind closed doors. Decisions by civil servants ruining other peoples lives; simply because they can.  All of that happening in your own city; a place where one would expect things to be just; a place that should  be just.

The thing though about targeting the negative is that it tends to take up the place of the positive.  Of course one should object against injustice. Beware however of getting stuck. Remember to also pay attention to the things going right. It is much healthier to put the main focus on the good things of life.   Positivity preserves and multiplies the radiant energies. Put the bad happenings in perspective by approaching them with a good sense of humor like the sign someone held up during the recent state visit in England of you know who;  saying : ‘Dear Queen, don’t offer him the good biscuits’

So my humble take on this is:

While there are plenty of Nan Yar-Who Am I cards that fit the bill connected to the subject of replacing the negative with the positive (basically all cards really) I ‘happened’ (do these things really happen by accident?) to bump into a lovely practice presented by Prune Harris; one of the teachers I highly value in Energy Medicine.

Wishing you loads of positive vibes and energy