Breaking news: The Black Dot Revealed
on how we get what we see

by Ingrid Schippers on August 31, 2017 with 0 comments Dutchbuzz blogs, Nan Yar Who Am I personal development cards, News, Personal thoughts 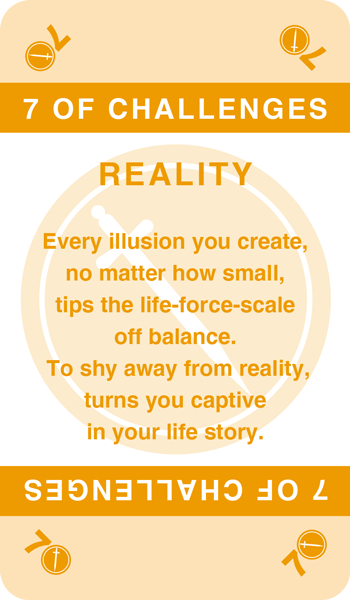 On youtube I saw an intriguing piece of storytelling recently about a teacher who one morning in high school gave all
her pupils an unexpected test to make. She placed the exam forms face down in front of the students on their tables, just as she would always do, and once everybody had received their questions, the teacher told them to turn their papers and start the test.

To the students surprise however; there were no questions on the piece of paper they had been given. All they saw was a black dot right in the centre. When they asked their teacher about the meaning of this, the teacher said:

“Just describe what you see.”

So the students wrote down what they saw on the piece of paper; the teacher collected the results and read out loud how each and every student had been writing about the one black dot. After reading out the last one she said:

I’m not going to give marks for this test; I just want you to think about what I am going to say….All of you have described the one black dot; none of you has described the white sheet it was on.

The moral of this story I think is this: 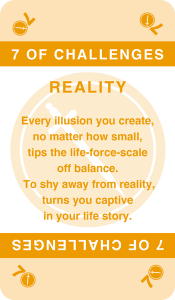 Just as we are conditioned to learn and speak certain languages and are unaware of words and languages we have not been taught to speak; our minds are, through cultural conditioning, upbringing and personal experience taught to see certain things a certain way. In the case of the black dot test; the students dealt the with the task they were given in the way they were conditioned to think; they answered the question on the exam form; they never looked at the carrier of the question.

Is it fair to say that this is what happens in daily life as well? That the first thing we tend to see is the black dot, the imperfection, rather than the good things that also happen in life? Naturally some negative happenings in life are so overwhelming that it is only fair to give them time to process; but is this true for all things that seem to block our happiness? Do we sometimes forget to look at the bigger picture and overlook the many good things that also happen? How come we often give that one black dot a front seat in our thoughts?

It reminds me somewhat of the way the media work by selecting the most devastating pieces of news from among the happenings of over 7 billion people. This, because they know modern society’s human brain is geared to watch for the most dramatic breaking big first. Thus, the media generate lots of money. (making it more about the money than about giving people a fair view of ‘all’ that is happening in the world)  That doesn’t mean however all the good things that happened in the world at the same time are non-existent. While the black dot surely exists; there is also more than meets the eye.

This is applicable too for relationships; businesspartners, lovers, parents, whatever relationship between one human  and the other you can think of. The one black dot has the power to wipe out lots of good things to be grateful for.

A slightly different perspective on the subject of ‘not seeing things’,  is depicted in ‘What the bleep do we know’ , the 2004 documentary on quantum physics and how things only happen when we observe them happening, and how the outcome also depends on how we observe these happenings.

Particularly one scene stayed with me,  picturing a native American shaman who at first was unable to see the ships that brought Columbus to America as the concept of a Clipper Ship was not embedded in his cultural conditioning. (link to this particular extract of ‘What the bleep’ can be found underneath this blog)

So, while ‘black dots’ may divert our views on the bigger picture in life and we might at times be unable to recognize things for what they truly are; I think the message is to keep our eyes open an take in as much as we can; or ….’make the most of it’……

The abridged spoken version of this blog, features as end note on  ‘Dutchbuzz’, the radio hour for Internationals every Tuesday ( with the exception of summer and Christmas recess) from 10 to 11 pm on ‘Den Haag FM and can be found in the Programme Archive of  the Dutchbuzz podcasts, dated September 5th 2017

Link to ‘What the bleep to we know’ excerpt: native American shaman who at first is unable to see the ships that brought Columbus to America