The Old Farmer Looked up at the Sky and Said: It Looks Like Rain

by Ingrid Schippers on November 6, 2018 with 0 comments Dutchbuzz blogs, News 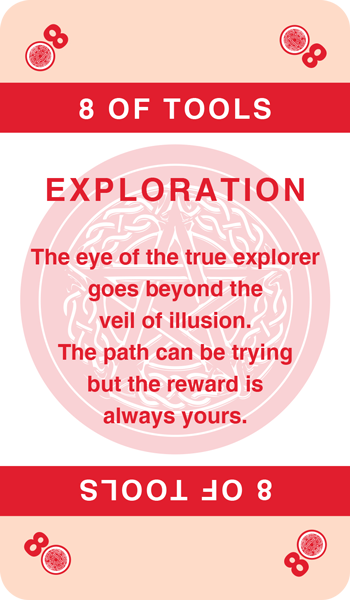 In the old days a farmer or seafarer would look up at the Sky and predict what type of weather it would be in two days time. These days we look at our phones instead of out of the window to check if we need an umbrella.

Navigation systems in cars tell us which way to go.

Television news selects 20 minutes worth of news items gathered from all over the world, a summary of what happened to over 7 billion people in one day; that same story shown to millions of people, often repeated a few times a day

Zillions of commercials lie to us about the properties of products we should really buy; things we never even knew we needed until the commercial told us so.

Social media narrow down our minds to cat video’s and funnies and again all sorts of trend-setting commercial feeds, also here repeated in several cycles and timelines.

When you really think about it; without being aware of it,  humanity in the 21st century lives in a horror movie, directed by a small group of very, very influential people who tell us what to eat, what to wear, and even worse how to think, what to feel and what to want.

On a daily basis we are bombarded with a scary amount of feeds, that shape our understanding. Even more so, we react to them. We go to the shops to buy the products advertised; buy the fashion and the foods as dictated by multinationals.

My point is that while we live in the so-called days of consciousness and growing awareness of who we are, who we want to be and how to separate the lies from reality;

There is an anti-current trying to mold us into a prototype of human beings. West World characters serving an elite who feel they can do as they like to the robotic mob.

And while social media also give that same mob the opportunity to connect and post their delights and concerns; we are at the same time being brain washed to an extend that it manipulates and eliminates  our first birth right: Freedom of Choice.

All this, while each unique individual  is meant to go through their own learning curves, their own fires; sail their own waters, create their own breathing space and in the end even dig their own graves; as there is no one else who can make that last journey for them.

So next to switching off the television, I try and remind myself to only buy what I need, to look around me to see who needs help, and look at the sky to see if I need an umbrella.

The card that goes with this train of thought is: The 8 of Tools, Exploration; 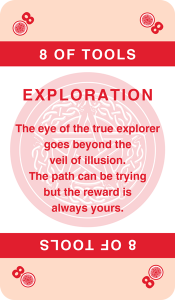 ‘Tools’ being the earthly things and properties we need, to find out way in the Jungle of Life;
And the number 8 being the number with which we start to add our own unique characteristics to a life time.

The abridged spoken version of this blog, features as end note on  ‘Dutchbuzz’, the radio hour for Internationals every Tuesday  from 10 to 11 pm on ‘Den Haag FM’ and can be found in the Programme Archive of  the Dutchbuzz podcasts, dated  November 6th, 2018.

Tags: Exploration, freedom of choice, learning curves, nan yar 8 of Tools, Nan Yar Who Am I
← Forget, Forgive and Smother it
Knowing who you are →