by Ingrid Schippers on March 25, 2016 with Comments are off for this post News 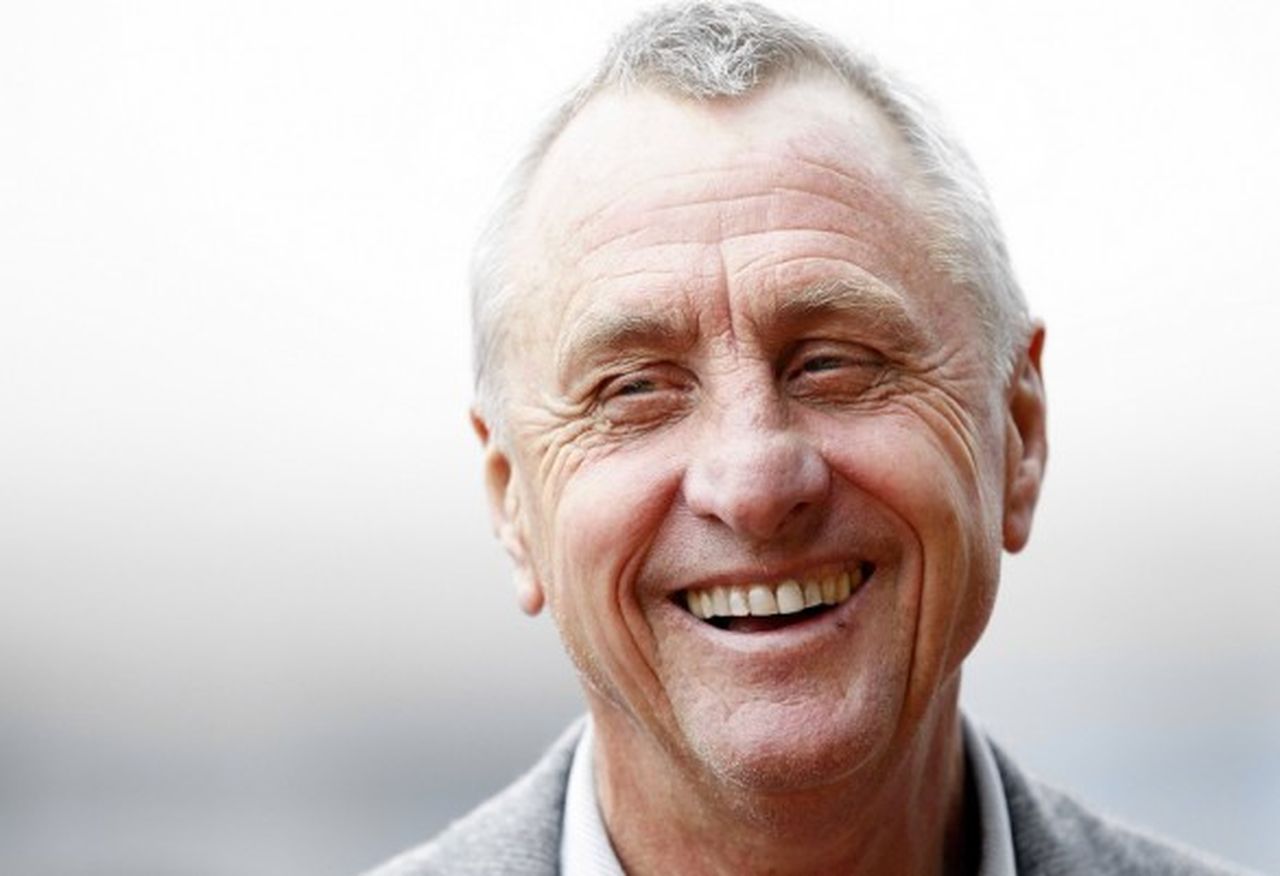 With those words an elderly lady commenting on the death of Johan Cruijff yesterday, framed my exact same thoughts.
I was 5 years old when Cruijff started playing professionally, and in my teens when he was at the height of his Dutch football career. I never really followed or watched much soccer, but was very familiar with Cruijff nevertheless.

There was something about him that made you pay attention.
His sayings, his attitude, the way he would trust his own worth and not bow for commerce or high officials, always remaining true to himself.
A man, I am sure, who learned a lot at the school of life.
Born in poverty he must have become streetwise at a very young age.
It shows strength of character though, to not allow a involuntary modest life style and adversity to influence the way you view the world or let disappointment rule your life.
Cruijff seemed to harbor build-in wisdom that helped him assess the situations he found himself in with cunning precision; just as his extra ordinary talent to play football made it plain he was born to do just that.

In one of the interviews last night on television, a man who grew up with him in Amsterdam ‘betondorp’ painted the picture of how Cruijff seemed to be born with a ball at his foot. Always playing, always practicing. He was even the only one allowed to bring the ball into the school, while it was forbidden for all other children.
Typical Cruijff. You don’t know how he pulled it off, but he did. It was as if he knew he was destined to be ‘Cruijff, the best soccerplayer in the world’ from the moment he was born.

His reputation for being stubborn, persistent and persuasive preceded him everywhere, yet he was never aggressive in the way he convinced others of his truth; he simply felt he was right.
Some people opposed him, some laughed at what he said, some did not grasp what he meant; but in the end, people listened and quoted him.
A Dutch language professor was quick to explain how Cruijff was responsible for 5 new sayings in the national dictionary, grammar adaptations included.
Nobody else famous holds that record.

Later in life, the Cruijff foundation build public football courts all over the world, giving children a chance to practice and get their bodies moving, especially supporting the financially less privileged and children with a handicap.

Cruijff was a gem, a ‘one and only'; destined to play the role he played; a teacher by example, true to who he was, using his special talents to educate the world.

People who commented on his passing yesterday shared how he had touched and changed their lives.
A well known soccer player stated:

‘The best things I learned, I learned from Cruijff’

A Dutch sports journalist brought in.

‘Every word said about Cruijff is one word too little’

I’ll keep it at that

This blog is recorded as weekly end-note of Dutchbuzz.nl, the radio program for internationals on Den Haag FM; broadcasted (in season) on Tuesdays from 10 to 11 pm. All programs are archived at Dutchbuzz.nl.
‘The World at my Feet’ is filed in the podcast of March 29 2016

Tags: Johan Cruijff
← The World at My Feet
Home Made Awareness Budget Spa →

About half a year ago, I started hosting an international on line Pilgrim ...